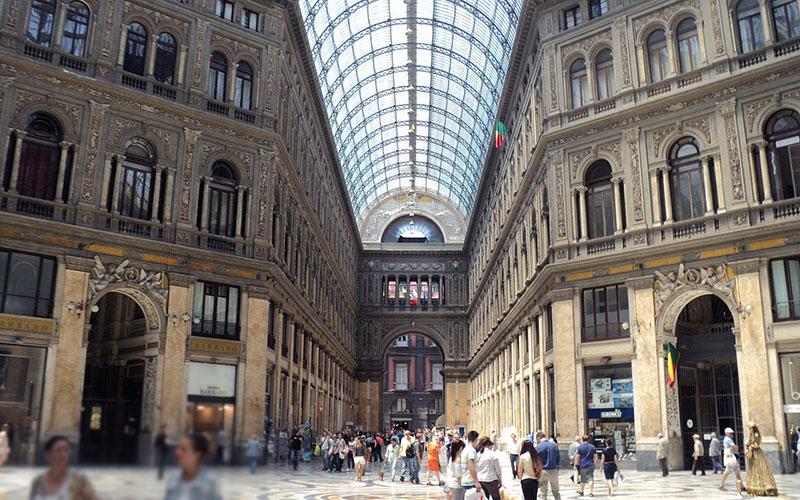 Galleria Umberto I is a public shopping gallery in Naples, southern Italy. It is located directly across from the San Carlo opera house. It was built between 1887–1891, and was the cornerstone in the decades-long rebuilding of Naples - called the risanamento (lit. "making healthy again") - that lasted until World War I. It was designed by Emanuele Rocco, who employed modern architectural elements reminiscent of the Galleria Vittorio Emanuele II in Milan. The Galleria was named for Umberto I, King of Italy at the time of construction. It was meant to combine businesses, shops, cafes and social life - public space - with private space in the apartments on the third floor.

The Galleria is a high and spacious cross-shaped affair surmounted by a glass dome braced by 16 metal ribs. Of the four glass-vaulted wings, one fronts on via Toledo (via Roma), still the main downtown thoroughfare, and another opens onto the San Carlo Theater. It has returned to being an active center of Neapolitan civic life after years of decay.

The Galleria Umberto is the setting for The Gallery (1947) by the American writer John Horne Burns (1916-1953) based on his experiences as an American soldier in Naples shortly after the liberation of the city.