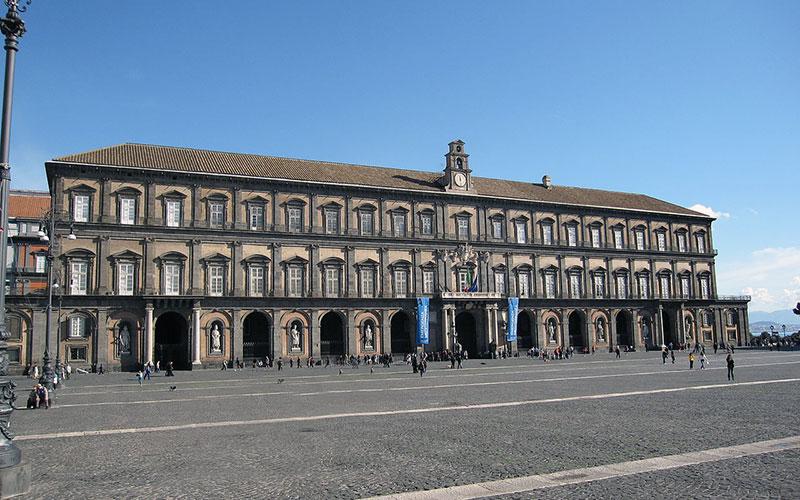 It was one of the four residences near Naples used by the Bourbon Kings during their rule of the Kingdom of Two Sicilies (1730-1860): the others were the palaces of Caserta, Capodimonte overlooking Naples, and the third Portici, on the slopes of Vesuvius.

In 1888, King Umberto I of Savoy made changes to the western façade side of the building (fronting on Piazza del Plebiscito) displaying in niches a series of statues of prominent rulers of dynasties to rule from this city since the foundation of the Kingdom of Naples in the 12th century. The statues are displayed in chronological order with respect to the dynasty of belonging that has reigned in the city and this starts with Roger the Norman, when the city was an independent state, and end with Vittorio Emanuele II, the largest in height and added last under the will of the king himself. The other statues are Frederick II Hohenstaufen, Charles I of Anjou, Alfonse of Aragon, Emperor Emperor Charles V, Charles III of Spain, and Joachim Murat. None of the statues refers to the Bourbon dynasty, not even Charles of Bourbon, who is actually engraved with the name of Charles III.