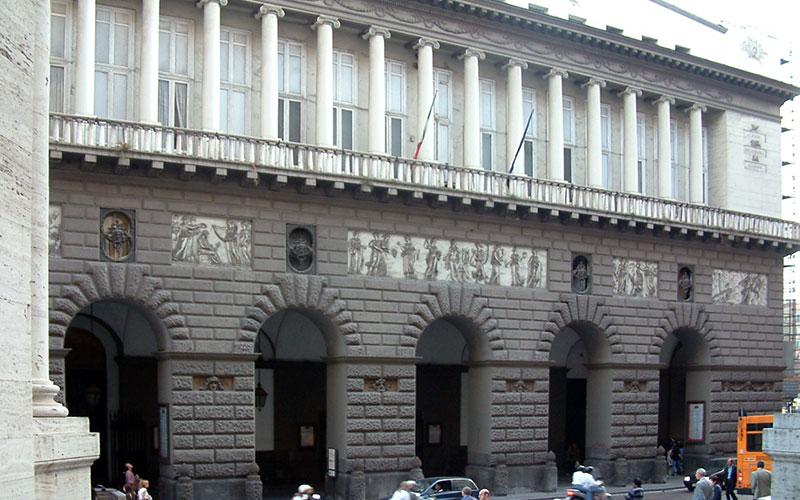 The Real Teatro di San Carlo (Royal Theatre of Saint Charles), its original name under the Bourbon monarchy but known today as simply the Teatro di San Carlo, is an opera house in Naples, Italy. It is located adjacent to the central Piazza del Plebiscito, and connected to the Royal Palace.

It is one of the oldest continuously active venue for public opera in the world, opening in 1737, decades before both the Milan's La Scala and Venice's La Fenice theatres.

The opera season runs from late January to May, with the ballet season taking place from April to early June. The house once had a seating capacity of 3,285 but nowadays has been reduced to 1414 seats. Given its size, structure and antiquity was the model for the following theatres in Europe.